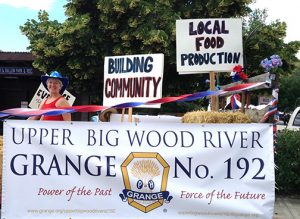 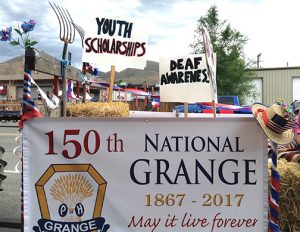 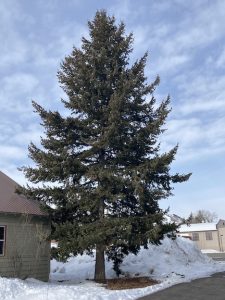 The big Rocky Mountain Douglass fir that stands next to The Grange has recently been named the first Heritage Tree in Hailey. Estimated to be 65 years old and 55-feet tall, the native, drought-tolerant tree is a beautiful symbol for The Grange and all it quietly does to make our community stronger.

The Hailey Tree Committee approved its first Heritage Tree nomination for the City of Hailey in February 2021. The Douglas Fir was probably planted by Rupert House who was a member of the Grange for many years. House is believed to have dug a small tree from his property in East Fork and transplanted it to the Grange. House was one of the community’s beloved old-timers, a miner who moved to the Wood River Valley in 1936 to work the Triumph Mine. He and his wife Bonnie raised their family on a simple farm in East Fork. House served as a Blaine County Commissioner for 16 years from 1980 to 1996, and continued to be active in community organizations until his death in 2008 at the venerable age of 92.
The Rocky Mountain Douglas fir is a common and valuable tree in the Wood River Valley. The hardy evergreen conifer is native to the interior mountainous regions of the Northwest. It is frost and drought tolerant.

The BAH at the Grange on February 22, 2018,  was a great community building event!  Four of our members have been crowned by the Heritage Court: Grace Eakin, Joan Davies, Marsha Riemann and Mary Ann Knight. They are unstoppable, continuing to give themselves to the community. They were definitely the Queens of the event! 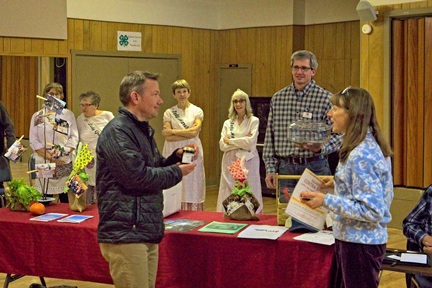 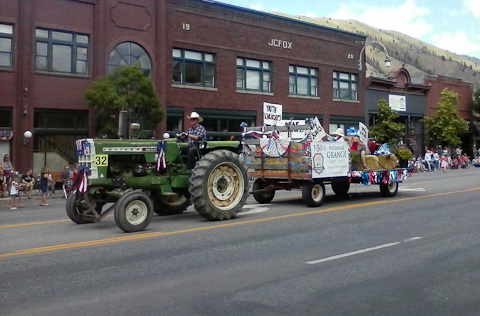 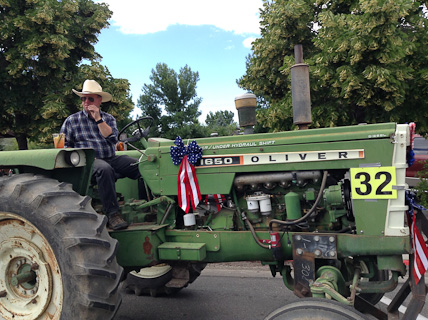 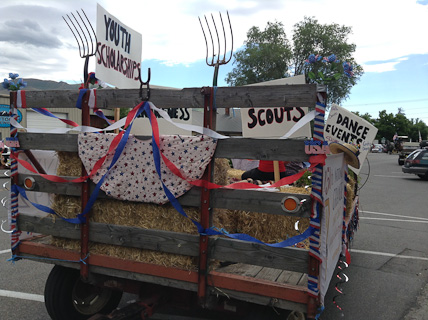 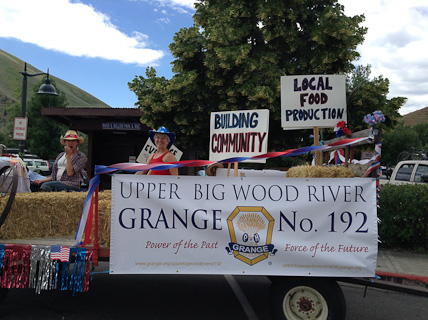 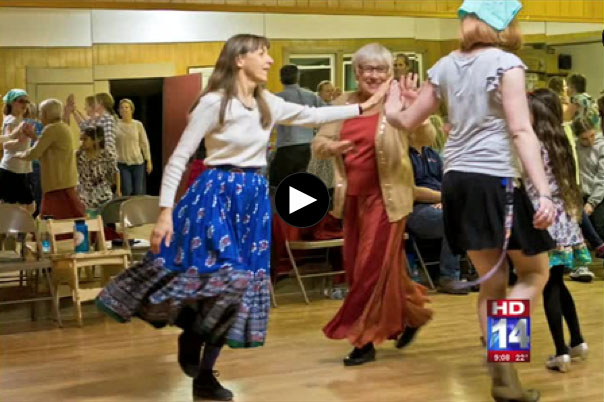